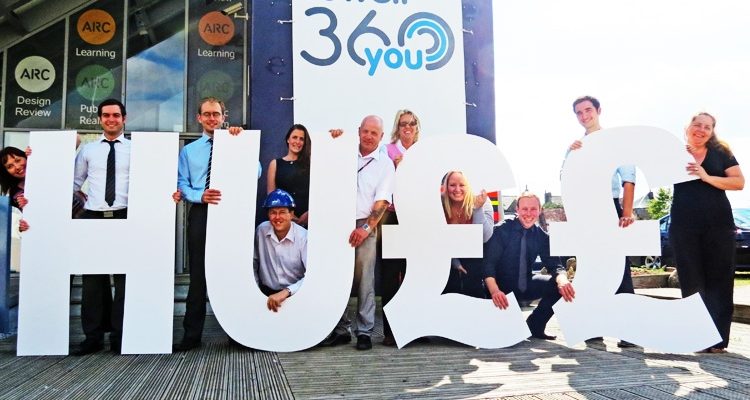 Sewell Group has released its latest local and regional economic impact figures following the completion of three more schools as part of Hull’s Building Schools for the Future Programme.

The total construction value of the refurbishments of the existing Newland School for Girls, Frederick Homes School and Ashwell Pupil Referral Unit was just over £16m, of which Sewell spent £12.5m with local companies – this means, according to the New Economics Foundation, that each pound will have been reused in the city 2.73 times.

Sewell Group has proactively encouraged the money invested in these programmes to be reinvested over and over in the city, through the use of a local suppliers and local staff.  On this phase of the BSF programme, Sewell has used over 200 local companies to provide materials or labour. Commenting on the latest figures, Paul Sewell, Managing Director, said:

“When we were appointed to deliver these schools as part of Hull Esteem Consortium, we promised as a local company that we would leave a legacy. I’m extremely proud of the commitment everyone working on these schools has shown to deliver quality products.”

“But our legacy is much more than fantastic facilities around the city; it’s how we’re supporting the city through the use of local companies and local people.”

“When we’re appointed to deliver a development, whether that be a new facility or a small scale refurbishment, we reinvest locally. That starts with the 350 local people that we employ directly. They’ll spend their wages locally so the pound stays in Hull.”

“We also work with over 500 local SMEs across the business. We’ll work with a local plumbing firm for example, they’ll buy their supplies from another local company and they’ll hire local plumbers, who then re-spend their wages in local bars, restaurants and shops; and again it re-circulates.”

Sewell has now spent £43.5m locally as a result of the BSF Programme and that money is predicted to have been re-spent 2 and a half times in the city, so the ripple effect is enormous.”

In total, just short of 1400 people have worked on the three latest schools, many of which were local apprentices. Jonny Baker, HU7, joined Sewell as a Trainee Construction Manager in 2011 and since has gained experience at Endike Primary School and Frederick Holmes. He said:

“I’ve gained great life and career skills to help me progress in the industry, and life in general; you just don’t get these employability skills in the classroom. I’ve been given responsibility and autonomy on both construction sites, but I’ve always known there is someone there to help me if and when I need it.”

Through the use of a local supply chain, Brad Graham, HU8, a first year plumber from BBS has also gained valuable knowledge and skills:

“I’ve worked on all three of Sewell’s latest school developments and they’re all vastly different so I’m learning everyday. The teams on the sites are all very supportive and we all want to do a great job for the children and teachers.”

“We’re proud to be working on our doorstep and we’ll continue to support local business and local employment with the developments we’re involved in.”